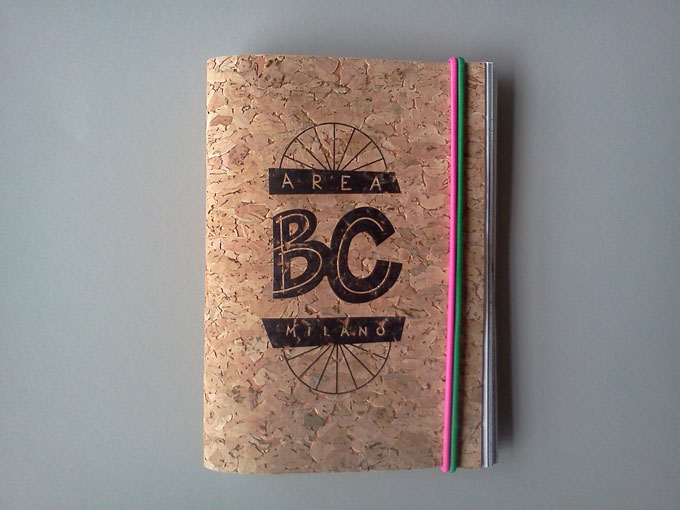 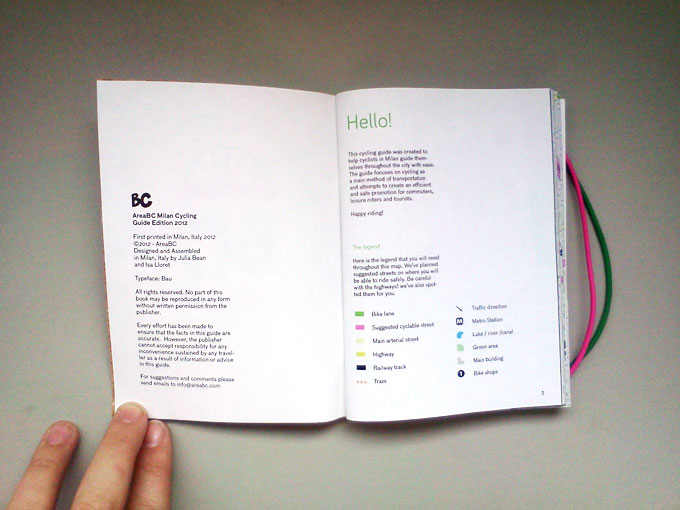 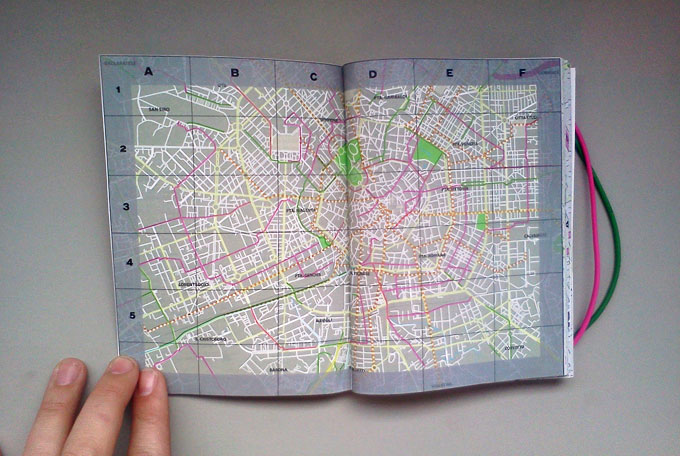 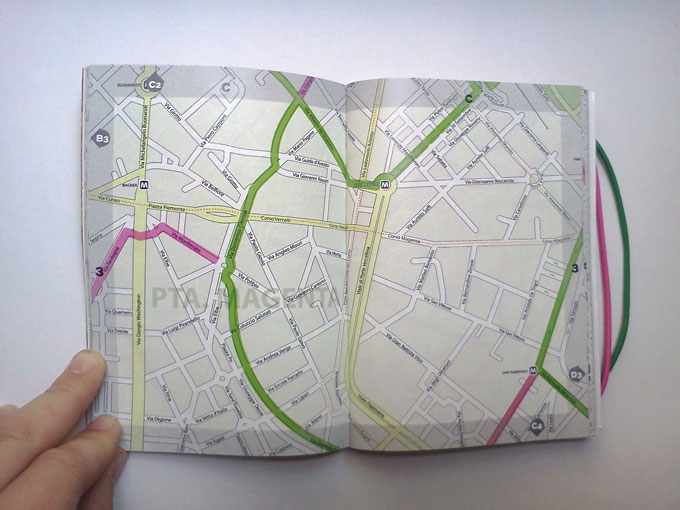 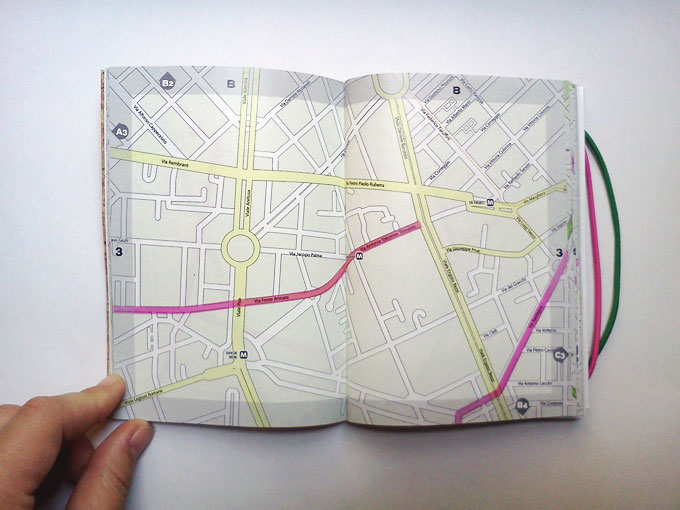 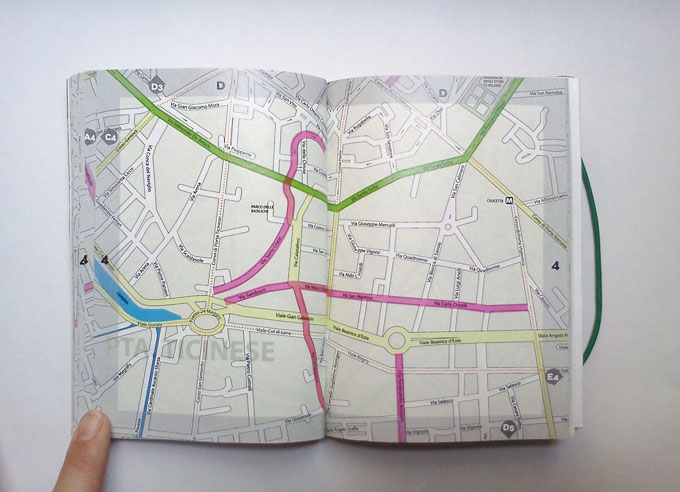 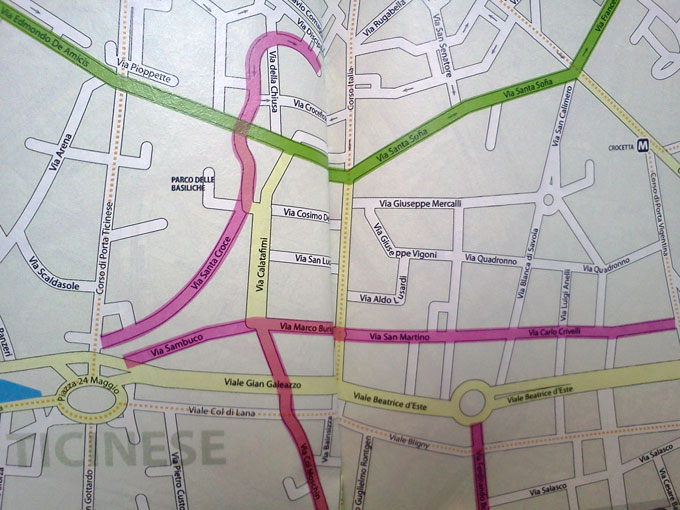 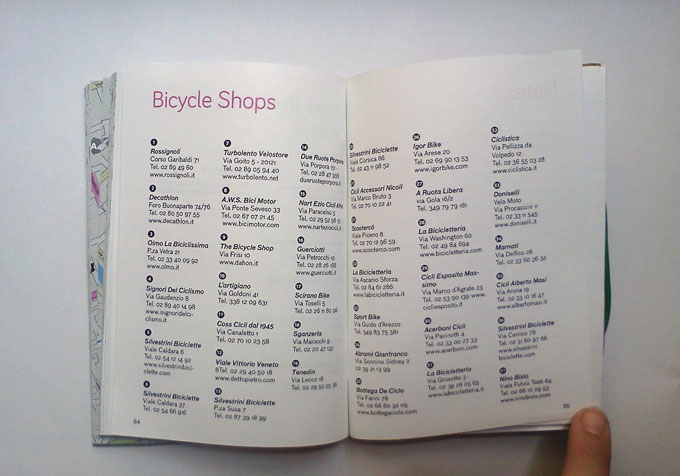 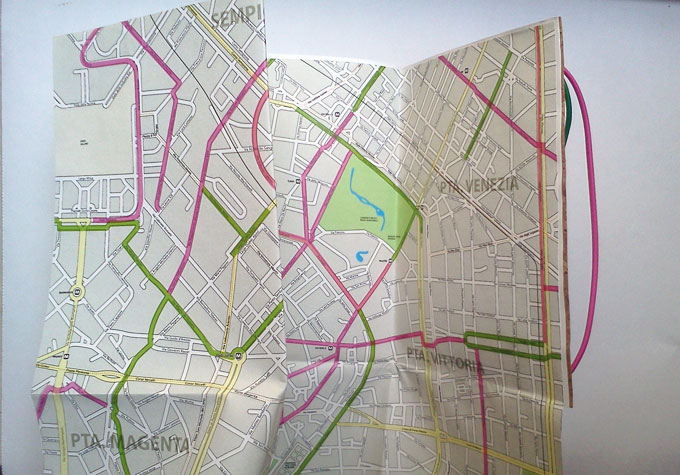 AreaBC is a map system created with Isa Lloret as a Milano design intervention. Stemming form a lack of a complete bike lane system, we created this map-book of Milan that includes existing bike lanes as well as suggested routes. The intention was to make an easy to use, portable cycling guide that promoted bike commuting and safe riding while highlighting the need for further bike lane development in Milan. Pronounced Area “Bee -Chee” – which in Italian – means “bike” – the identity of the project was modeled after the city’s Area C (Chee) – a restricted automobile traffic area located in the center. As opposed to Area C’s restricted access, AreaBC is an all inclusive, all access environment specifically for cyclists. Happy Riding!