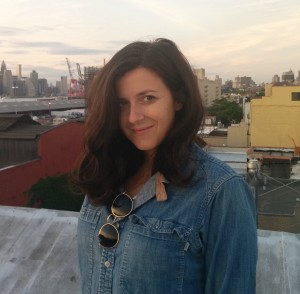 Julia Angela Lee Bean passed away on August 20th, 2015 in New York City due to complications from melanoma cancer. She was born in Ann Arbor, MI on August 26th, 1982 and spent her formative years growing up in Scottsdale, AZ, attending Xavier College Prep and graduating in the high school class of 2000. She completed her B.A. in Visual Arts from Reed college in 2005, and later a Masters degree from the Scuola Politecnica di Design in Milan, Italy. Together with her husband Mike Flynn, she founded a creative design and fabrication studio based in Brooklyn, NY called Outland Projects. She is survived by her husband Mike Flynn, mother Maria, father L. Chapman, brother Alex and grandmother Lee Bean, as well as many other relatives in Arizona, Florida and Italy.

Services will be held for family and close friends at the following dates and locations: